Ludos commune is situated in the west of the county, 42 km from Sibiu (on the highway A1, by Apoldu de Jos), 15 km from Ocna Sibiului and 13 km from Miercurea Sibiului; the most direct access is by Ocna Sibiului – Topîrcea (31 km).

The administrative territory consists of two villages: Ludoş and Gusu, both with a distinct historical evolution, but highly independent.

Ludoş commune is considered a representative commune for The land of Secase (“Ţara Secaşelor”); a true Romanian civilization has developped here, in the hilly relief, relatively good for agriculture. Even if the villages were founded by the saxon colonists, they knew an ascending economic and social evolution.

The relief with hills, crossed by rivers that form the river Secaşul Mare has low altitudes: Gorganul (478 m), Faţa Crăcăilor (540 m), Podul lui Stană (339 m), the population being forced to develop agriculture on the most part of fields.

The emblem of the seltlement, with the shield with the mural crown shows/captures the identity of the commune including the component localities.

The blue (azure) represents the air and the sky and it is considered the noblest symbol after the fire, representing gentleness, beauty, faith nation (Christian law), order and truth, but also the traditional colour of old houses made of beams. The wheat ears and the head of ox symbolize the main occupations of the inhabitants: agriculture and raising animals. 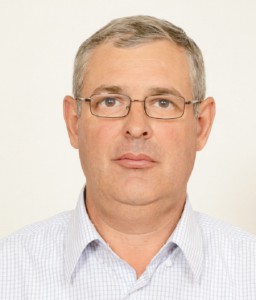 The emblem unwritten message is given by all the elements urging the next generations to keep the eternal values of the commune: knowing and honoring origins and continuing the occupations and traditions.

The mural crown with a crenellated tower means that the locality has the rank of commune.

This is just a default widget. It'll disappear as soon as you add your own widgets on the Widgets admin page.